The below five steps were suggested by the beloved Guardian Shoghi Effendi to a believer as a means of finding a solution through the use of prayer.

This statement belongs to the category of statements known as “pilgrims notes”, and as such has no authority, but since it seems to be particularly helpful and clear it was felt that believers should not be deprived of it.

1st Step: Pray and meditate about it. Use the prayers of the Manifestations as they have the greatest power. Then remain in the silence of contemplation for a few minutes.

2nd Step: Arrive at a decision and hold this. This decision is usually born during the contemplation. It may seem almost impossible of accomplishment but if it seems to be as answer to a prayer or a way of solving the problem, then immediately take the next step.

3rd Step: Have determination to carry the decision through. Many fail here. The decision, budding into determination, is blighted and instead becomes a wish or a vague longing. When determination is born, immediately take the next step.

4th Step: Have faith and confidence that the power will flow through you, the right way will appear, the door will open, the right thought, the right message, the right principle, or the right book will be given to you. Have confidence and the right thing will come to your need. Then, as you rise from prayer, take at once the 5th step.

5th Step: Act as though it had all been answered. Then act with tireless, ceaseless energy. And as you act, you, yourself, will become a magnet, which will attract more power to your being, until you become an unobstructed channel for the Divine power to flow through you.

Many pray but do not remain for the last half of the first step. Some who meditate arrive at a decision, but fail to hold it. Few have the determination to carry the decision through, still fewer have the confidence that the right thing will come to their need. 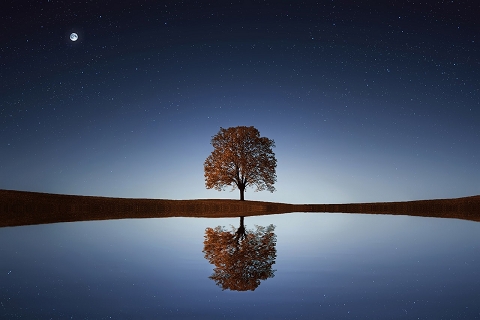